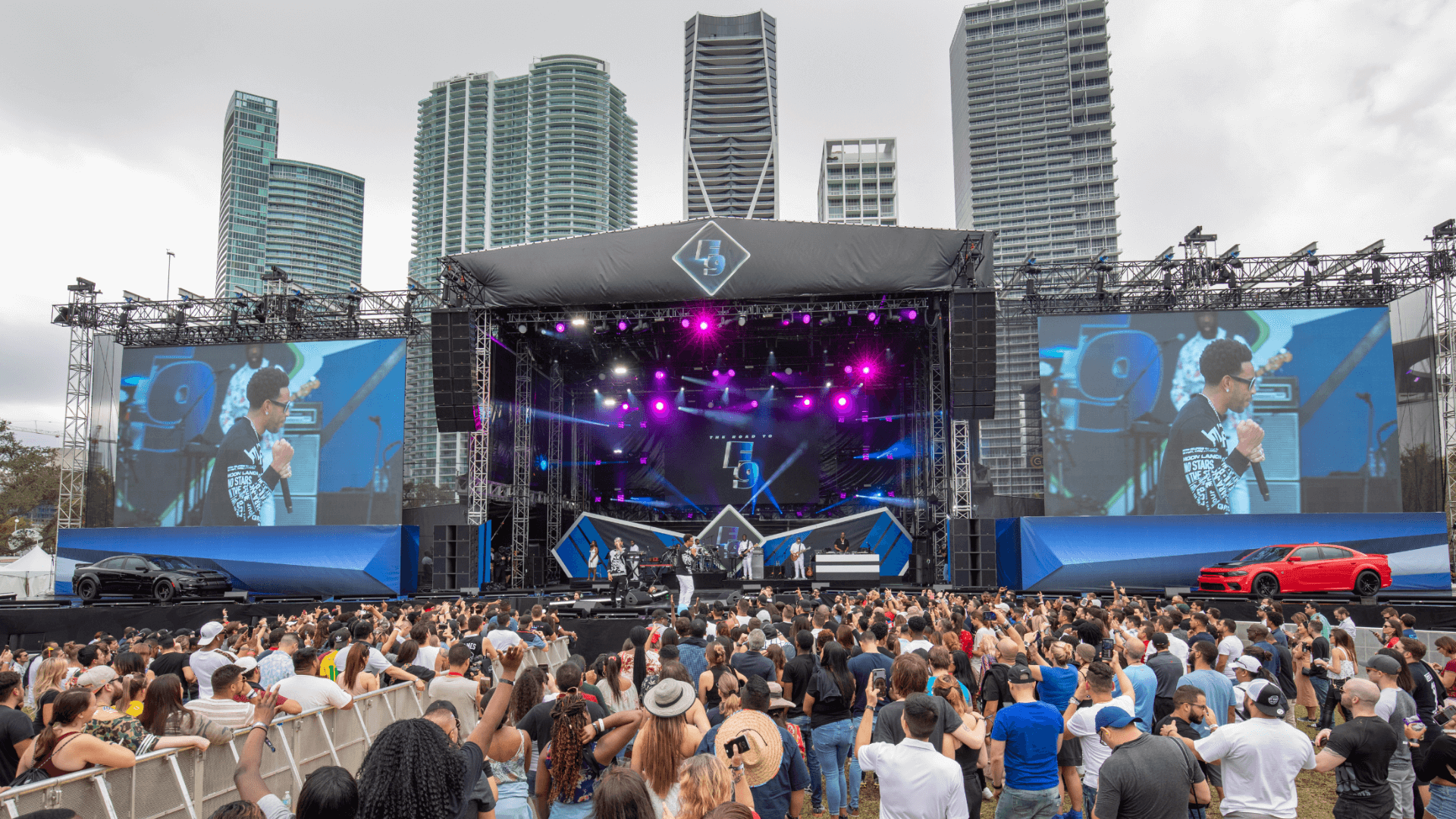 Never before has a movie trailer drop been more highly anticipated or more elaborately celebrated than with Universal Pictures’ F9 trailer launch, THE ROAD TO F9. JG2 Collective was thrilled to collaborate with Universal Pictures to design and execute a massive outdoor concert, press junket and trailer screening in Miami the same weekend the city hosted Superbowl 54. The 9th installment of the record breaking FAST & FURIOUS franchise, with loyal fans the world over, needed a trailer launch that was bigger and better than anything ever before.

Universal wanted to say “thank you” to the FAST fans who built this franchise into the juggernaut that it is. Featuring the world premiere of the F9 Trailer, this Concert and Fan Event treated both film talent and attendees to an exciting outdoor concert with mega stars Cardi B, Ozuna, Ludacris and a special performances by Wiz Khalifa & Charlie Puth. Hosted by Tyrese Gibson and Maria Menounos this hour-long event aired on NBC and streamed live to over 400 million views in the first 72 hours. Set in the stunning location of Maurice A Ferre Park, this picturesque outdoor venue provided the perfect backdrop for this epic event. Appearances by cast members Vin Diesel, Michelle Rodriguez, Jordana Brewster, John Cena as well as the film’s director Justin Lin ensured that fans, both in person and worldwide got to hear from all their favorite film personalities. With the park serving as a blank canvas, JG2 Collective and other expert production partners literally build this epic event from the ground up. Thank you for checking out our exclusive Road to F9 Concert & Trailer Drop photos, see you at the show.